Affirmations are a powerful tool for breaking bad habits, easing fears, and motivating action. According to Neuro-Linguistic Programming (NLP) scientists, affirmations rewire your brain to believe and you start acting as if it’s true. It’s not at all like “fake it till you make it.” It’s about actually believing. When that happens, you start making it true.

I tried it with a client. She’d come to me saying she wanted a new career. When I asked why, she poured out her thoughts. Even after four years of college and several working successfully in her industry and getting promotions, she doubted herself. She was afraid she wasn’t good enough. 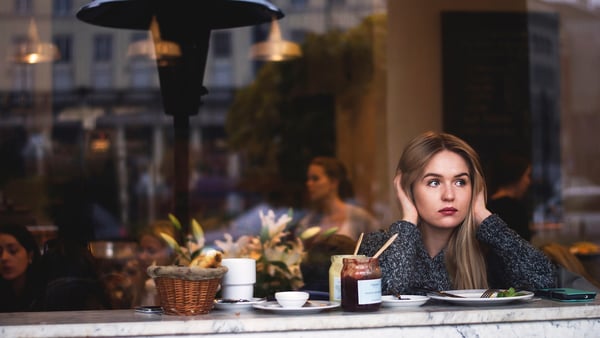 Affirmations are particularly good at addressing fear, or so I’d been told, so I helped her write one:

“I’m in the right job and have the skills and talent to move my career forward.”

The next week, she told she was fine with her career choice and asked me to help coach her as she progressed toward her next career goal. Just like that, the reason she had hired me disappeared and she moved on in the next six months to a promotion and a whole new confidence about her skills.

Was it really that easy? I decided to try it myself. I get anxious and it often gets in my way. I thought about it for a while and then wrote: “I feel secure and calm focusing on what I need to do today.” I started saying it every night, every morning, and whenever I started to worry. At first, I had to force myself to say it. Within a week, it got easier and just the thought of my affirmation helped me calm down. The anxiety was there, but it got in the way less. Wow, I thought.

“I feel secure and calm focusing on what I need to do today.”

The basic rule to writing an affirmation is to write in the first person and in the present tense.

State only what you want to do or be, not what you’re moving away from. If you write “I prefer salad over cake,” you’ll eat more cake because you’re focusing on it 25 times a day. Just write: “I’m eating healthy foods and I look and feel great.”

2. Use verbs and adverbs to describe how you will feel

Good affirmations start with positive emotions like: “I’m grateful to… “ or “I feel happy doing…” or “I am productive because I’m focusing on what’s really important.” Focus on how you want to feel. 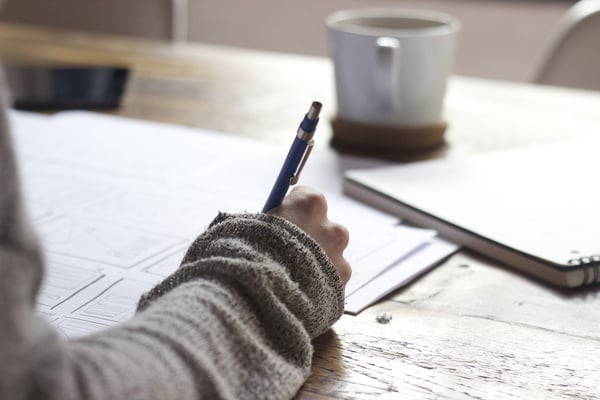 Words ending in -ing are action verbs and orient you toward action. Specifically, they indicate action in the present moment, doing something now. It’s a powerful way to motivate change and spur on the taking of first steps to get you where you want to go.

4. If you’re not sure what to write, start with the fear or bad habit you want to break

Then change every word in the sentence to an opposite that’s positive. For example, “I’m afraid I’ll get stuck in grief forever” can become “I am comforted by the love and family I have now.”

At first, it may feel forced. There will be days when you just don’t feel like it. Repeating your ideal vision of yourself to yourself gets easier as you move on. It begins to feel more natural which is the whole point. If you find you are slacking off, get an accountability partner and keep at it. It’s worth the work to be happier and reaching your goals.

It’s harder than you think to dedicate yourself to accepting change. Once you fully accept who you want to be, you will find yourself naturally taking steps that make your vision come true. Henry Ford said it best: “Whether you think you can or you think you can’t, you’re right.” An affirmation is a great tool to help you believe you can.

Lisa Foster is an Executive Coach specializing in leadership development, emotional intelligence, and communications. For 15 years, she taught verbal analysis, argumentation, and persuasion at USC and Harvard-Westlake School in Los Angeles. Trained to identify skill gaps and build on people’s strengths to create more success, she coaches clients looking for more influence, control, and advancement in their careers within large and small organizations. She also develops plans for individual talent development and corporation talent management using evidence-based tools that have proven to increase success.